Today Dronecode is excited to announce 11 new corporate and nonprofit members to the foundation. 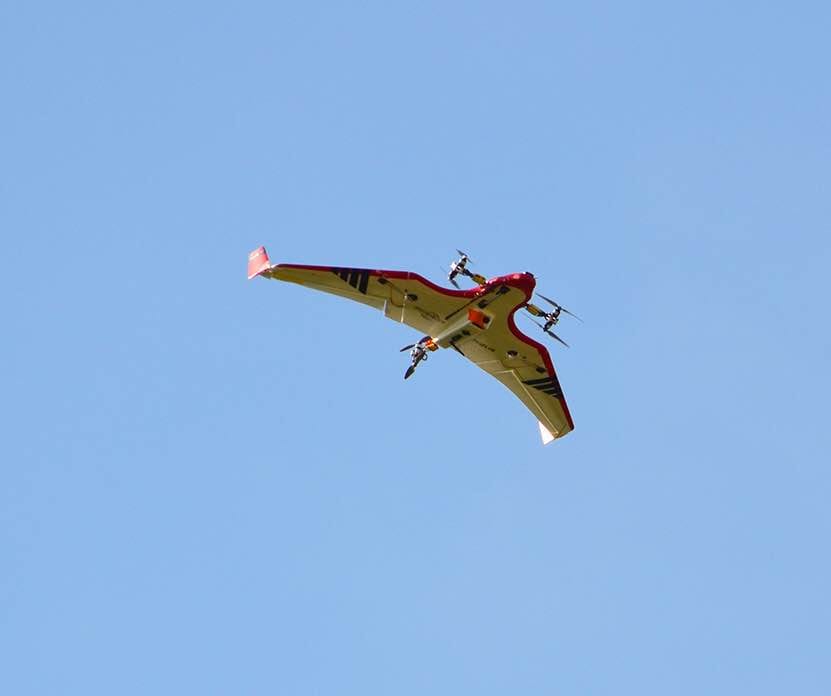 Industry-leading organizations and start-ups like Parrot, Walkera, and Team Black Sheep have joined 3DR, Intel, Qualcomm and others to create an industry-standard, shared open source platform for Unmanned Aerial Vehicles (UAVs). Even groups that compete against one another are working together as part of Dronecode. Change is not just coming in the future, it’s taking place now. Think advances in vision processing, obstacle avoidance, and environmental and situational awareness: Dronecode members are delivering on all of these today.

Last fall Dronecode was established as an umbrella organization to allow organizations and developers to collaboratively engage in the development and direction of industry-leading open source flight control software. I was fortunate enough to join Dronecode, which is a Linux Foundation Collaborative Project, as its program manager earlier this year. I’m enjoying the chance to engage with an energetic and vibrant community at the bleeding edge of UAV technology development.

The project launched last fall, and we have sprinting ever since. In an rapidly evolving industry, open source platforms, such as Dronecode, provide a springboard for developing and implementing new and novel ways to use UAVs.

We’re seeing interesting and practical applications of Dronecode technologies, from photography and agriculture to humanitarian aid and search and rescue.  Organizations like Uplift Aeronautics and OpenRelief are on the forefront of humanitarian relief, using drones to supply medical supplies in war zones and to provide search and rescue assistance during in the event of earthquakes.

Swiss Federal Institute of Technology students continue to enhance obstacle avoidance capabilities in the PX4 flight stack, while a team at ARCOS lab at Johns Hopkins is pushing the boundaries of what’s possible with sophisticated navigation capabilities. All these innovations and more rely on open source Dronecode software and hardware projects.

Dronecode projects are evolving as rapidly as its community too. Dronecode’s developer community has grown from 1200 to more than 2000 contributors, with more than 12,000 commits in the codebase. In the past 30 days, we recorded 180,000 downloads of APM: Copter and Plane code, and more than 300,000 downloads of Ground control stations, while recording data on approximately 12,000-15,0000 flights per day. In late May, the APM project, released version 3.3 of its flight code, and the PX4 project reached a milestone with the first RC candidate for release 1.0.

Several companies have also launched new Dronecode-powered models. 3DRobotics announced Solo in April, which is built on APM 3.3 flight code, and created an SDK toolkit called Dronekit, extending DroneAPI, for developers to build their own Apps. Erle Robotics developed a drone with its own App marketplace, leveraging Ubuntu, APM and ROS. Walkera recently introduced the DroneCode APM copter, the QR x350 Premium, the first model of the iUAS 2015 series. Developers from Qualcomm, Intel, Parrot, Yuneec and many others are actively engaged in the development of the Dronecode technology stack.

We have increased our focus on code quality and defect identification, resolution and  flight testing. Recently, we’ve also improved and enhanced Dronecode simulator environments. Our formalized mission of governance and ecosystem development is sure to attract more members and inspire new open source project collaborations. Change is most certainly afoot now, and I’m excited to be a part of the Dronecode community and engage with new collaborators and member organizations. Do you want to be a part of history-in-the-making? Join us today and help shape the world of drones advancing a common, shared open source platform for drones.

In 2015 Trishan de Lanerolle joined the Linux Foundation’s Collaborative Projects team as Program Manager for the Dronecode Foundation to advance development of Unmanned Aerial Vehicles. de Lanerolle is a technologist with more than a decade of experience, having led the development efforts of several open source software and mobile-based application projects for disaster management and humanitarian response as well as enterprise software applications. He was co-founder and director of the Humanitarian Free and Open Source Software Project (HFOSS) at Trinity College in Hartford, Connecticut, and a founding partner of Nile Point Consulting LLC. He serves on the board of advisers for the Non-Profit FOSS Institute and has a Bachelor of Science degree in Computer Science from Trinity College, and a Master of Science degree in Management of Innovation and Technology from Rensselaer Polytechnic Institute (RPI).