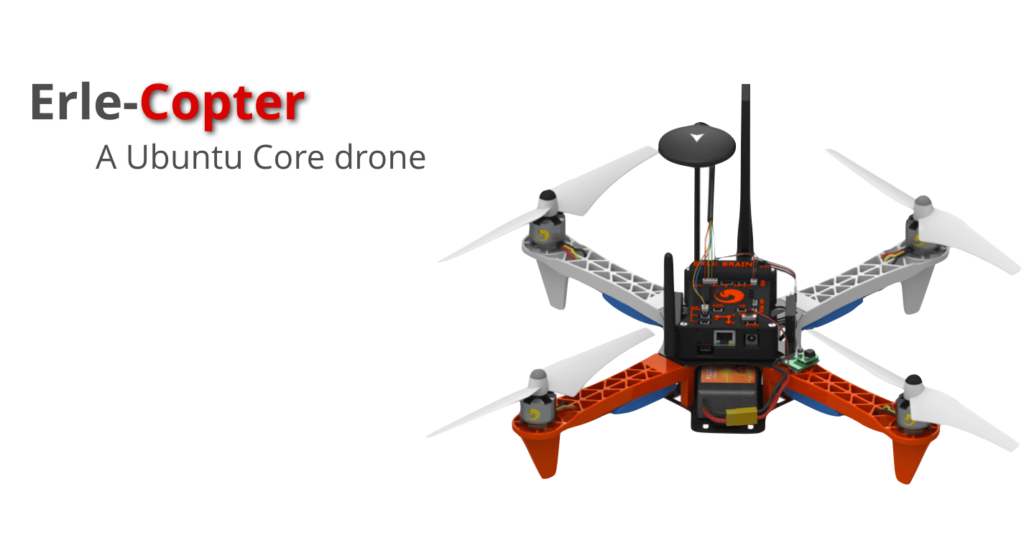 Erle Robotics is a company based in Spain focused on making Linux­based artificial brains for robots and drones. Their team has been actively contributing to to the APM autopilot project and their robotic brains include support for it. Besides providing support for APM, Erle Robotics specializes in enhancing the capabilities of its artificial brains and robots by using the Robot Operating System (ROS).

As introduced in Ars Technica by Glyn Moody:

Working in conjunction with the Ubuntu team, the Spanish company Erle Robotics has now brought not only the first drone powered by Ubuntu but a whole new feature to drones: the ability to run special apps. With the €399 Erle­Copter Ubuntu Core Special Edition, users can install drone apps—which add new functions and behaviours—using any device with a browser connected to the drone. Programming the drone apps is done through the Robot

Operating System (ROS)—an SDK for robot and drone application development. Víctor Mayoral Vilches, CTO of Erle Robotics, says that ROS is a key breakthrough for robotics and thus drones: “In a few years ROS has changed the robotics field. It has unified universities and industry around the world, enhanced collaboration, sharing of algorithms and reuse of code. A task that traditionally could take months can be developed within days using ROS.” Erle Robotics drones and robots come with ROS preinstalled but in the near future, ROS will delivered in Snappy Ubuntu as an installable framework.

Erle Robotics collaborates with the Open Source Robotics Foundation (OSRF) and Canonical to push robotic and drone apps to the cloud so that everyone can turn their algorithms into living code. We encourage governments and robotic companies to support the work of the OSRF and Dronecode Foundation. There’s a need for a set of standards in this industry and initiatives such as ROS and Dronecode are the future.